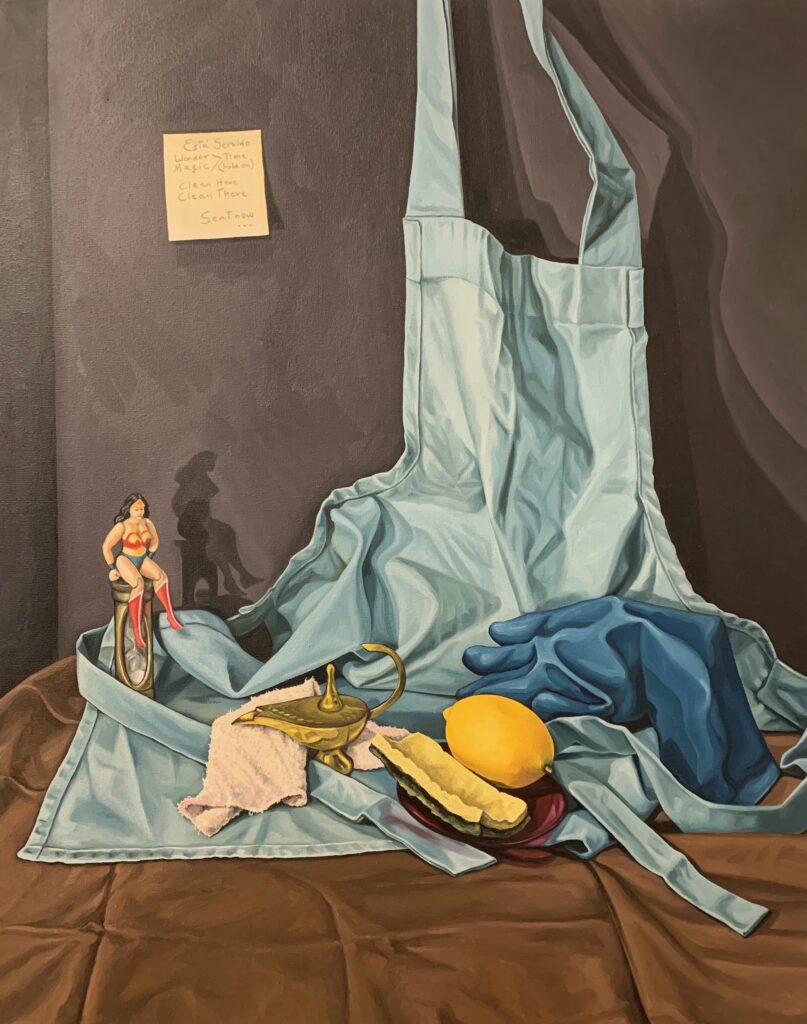 About Carmen Borrasé Mills | Born in San José Costa Rica on July 25th 1959, to aristocratic and artistic parents, including a grandparent, who was a talented painter and founder of the First Academia de Bellas Artes en Cuenca Ecuador in 1891, one would assume I was destined to become an artist. They tell me I showed a natural ability for art making from an early age, and even though I chose to appease by father by entering into business school at the Universidad de Costa Rica in 1977, it
became apparent that I really wanted to be a painter. From 1986 until 2007, I painted and showed by work in various shows in Costa Rica, the US and Mexico. During that time, I also married a North American painter and art professor and moved to McMinnville, Oregon where my sons, Ruben and Joel were born. In 2007, my marriage ended, I moved back to Costa Rica with my two sons and took an unplanned hiatus from painting. In 2012, I returned to McMinnville OR and started the journey back to my first love of painting where I continue to this day. https://www.carmenborrase.com/about-me

A portion of the proceeds to fund projects initiated by raicestexas.org, a non-profit organization that promotes justice by providing free and low-cost legal services to under served immigrant children, families, and refugees.