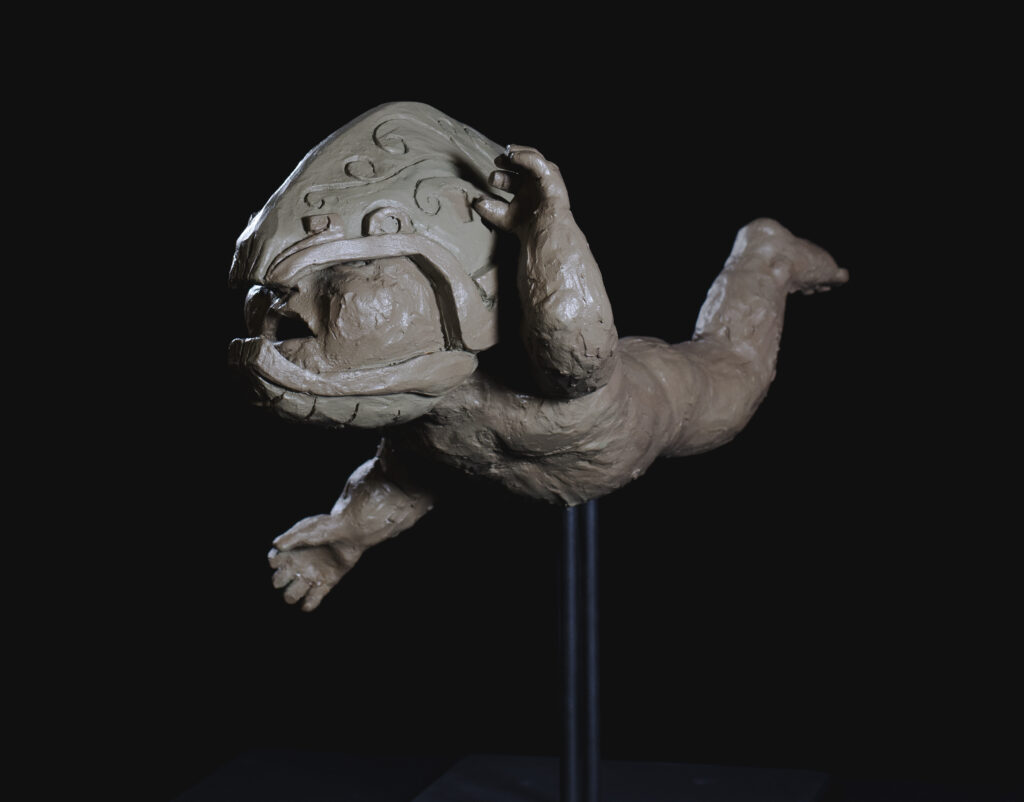 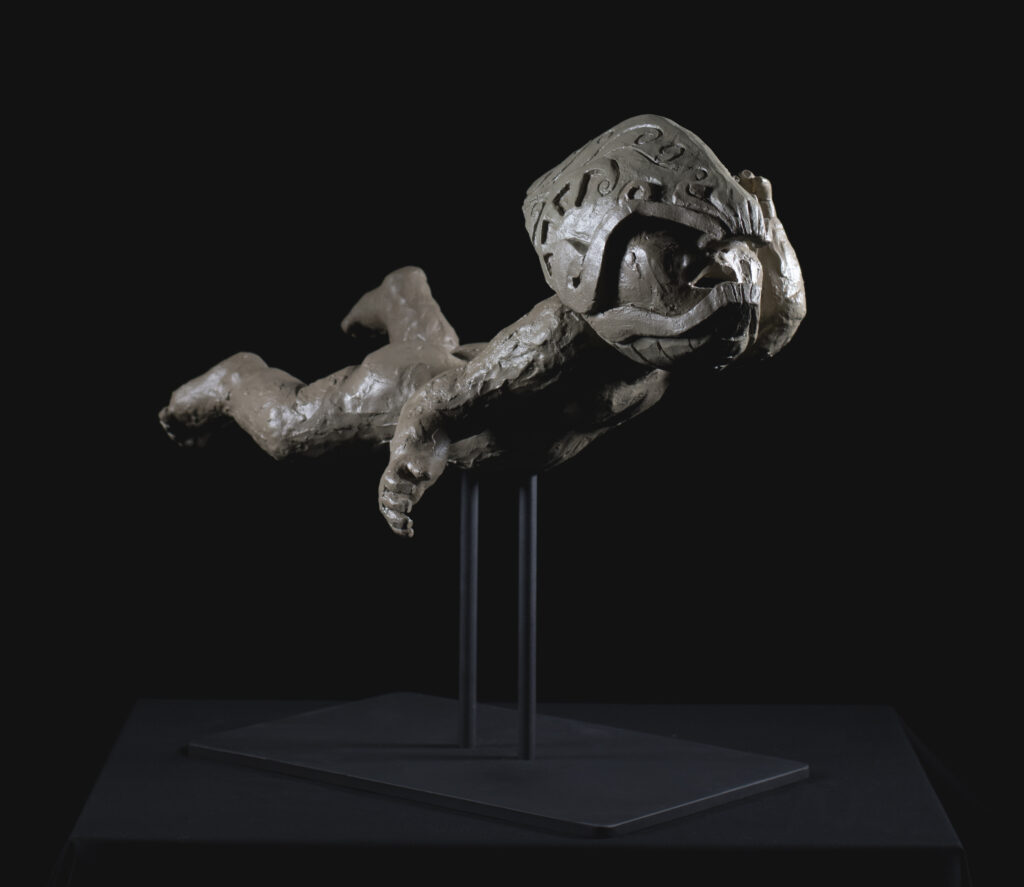 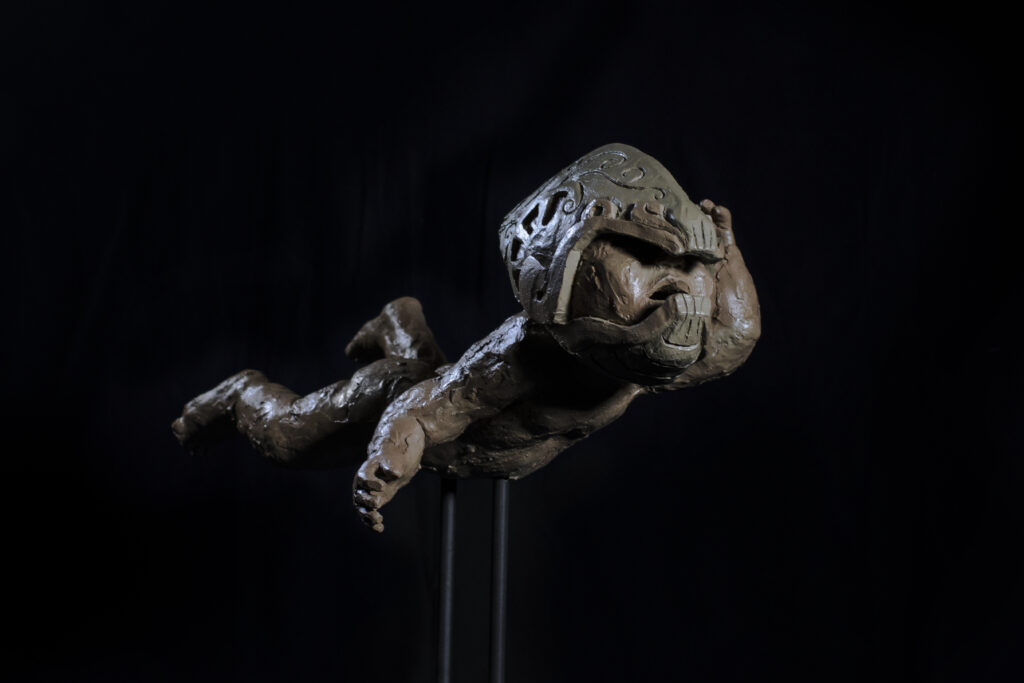 About Salmon Boy | The sculpture was inspired by the child, Yanela Ruiz, the 2-year old Honduran child who was separated from her mother at the US-Mexico border in 2018. The image was widely distributed by the media to illustrate the unethical implications of separating children from immigrant parents when apprehended by the law. In this piece, I equate the struggle of the immigrant to the struggle of our local Chinook salmon. The salmon population births in Canada, swims over a thousand miles, against all odds, and if it survives, will make the return trip to spawning grounds 4-7 years later. This idea of relentless perseverance has a metaphorical resonance to that of the Latino Immigrant who does anything humanly possible to survive. The sculpture depicts a child fighting to keep its head above water and trying to stay afloat as a child would if their parent were to be ripped from his/her sight at such a formidable young age.

About Saul Hernandez | Saul Martinez Jr is a second generation Chicano by way of Los Angeles county. He draws from influences from experiences current and past, exploring narratives of childhood and identity. His inspirations come from Norman Rockwell capturing everyday life in anglo-America and Diego Rivera’s stylization but also attributes many of his concepts and personal style to post-modern conceptual artists studied during his BFA at Eastern Washington University. Martinez’ explorations blend past movements with those in his immediate culture including Pre-Columbian sculptural motifs and those found in Pacific Northwest Native artwork which have a direct artery to the spiritual and natural. Currently he feels a civic responsibility to express concepts that torment him as a privileged second generation American. Symbolically he wishes to create imagery that depicts the optimism and role we have as the generation that gets to define what it is to be Mexican-American. His latest pieces are an emotive response to the idea behind proverbial “masks we wear” in society and this notion of “being a person of many hats”. Martinez wants to tap into that concept by identifying personal masks he wears but also identifying the masks others perform in. These interactions between man and beast tend to generate modern day spirit animal illustrations with a socio-political twist.

A portion of the proceeds to fund projects initiated by Tri-Cities Immigration Coalition, a non-partisan group, working to build trust and understanding of immigration issues through education and engagement, advocacy, and support services.